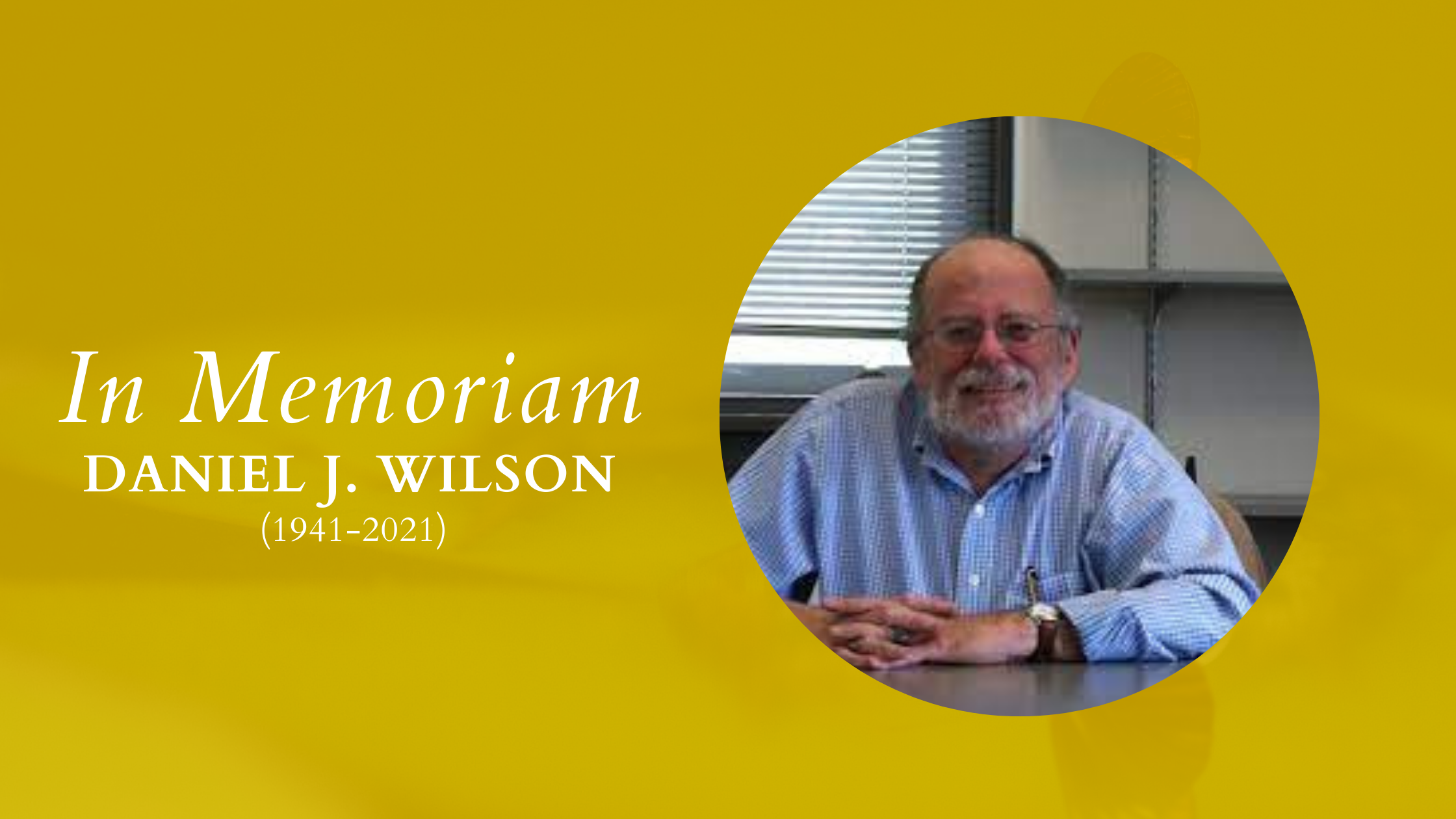 Historian Daniel J. “Dan” Wilson (1949-2021) was a founding member of the Disability History Association and a longtime contributor to the field of disability history. His spouse, Carol Shriner Wilson, recently shared the sad news of his death: Dan died at their home in Bethlehem, Pennsylvania on June 11. Dan grew up in Wisconsin and attended the University of Wisconsin-Whitewater for his undergraduate studies. Drawn to American history, he pursued a PhD at Johns Hopkins University and taught on their history faculty after graduation. In 1978, Dan headed to Pennsylvania to teach at Muhlenberg College, where he offered courses in American social, cultural and intellectual history, histories of the US across the 19th and 20th centuries, and the history of disease, medicine, and public health. He retired from Muhlenberg in 2018.

Dan’s scholarship increasingly centered on epidemics, especially polio in the United States. His attention to individual people’s lived experience of polio offered an important counter-story to standard social histories of medicine, which valorized researchers and cures. Instead, Dan detailed the everyday brilliance of polios–crowdsourcing knowledge to navigate an inaccessible world, organizing activist campaigns for disability rights, and identifying post-polio conditions that physicians and medical researchers had not realized existed. He was an active member (and often Board leader) in Post-Polio Health International and Lehigh Valley Center for Independent Living.

Dan’s important works in disability history include: Polio: Biography of a Disease (Westport, CT: Greenwood Press, 2009); Polio Voices: An Oral History from the American Polio Epidemics and Worldwide Eradication Efforts (Edited with Julie K. Silver, M.D. Westport, CT: Praeger, 2007); Living with Polio: The Epidemic and Its Survivors (Chicago: The University of Chicago Press, 2005). His many other written works and videos are available to researchers through the Pennsylvania Polio Survivors Network.

Those who knew and regularly worked with Dan will remember him also for his vast and often quiet service to our organizations and fields of study. Dan played pivotal roles in the success of the H-Disability listserv and the creation of the Disability History Association. (A history of the DHA, co-written by Dan, appears in our Spring 2020 issue of the DHA Newsletter.) Dan regularly volunteered for the hard and usually thankless tasks. As just one example: in 2003 and 2004 he drafted materials to establish the Disability History Association, helping identify procedures and protocols that other organizations used so that we would not have to “reinvent the wheel.” As a member of the Advisory Board to the Encyclopedia of American Disability History, Dan consistently made time to brainstorm approaches to difficult subjects, identify potential authors, write entries, and provide thoughtful, constructive feedback to submissions. Many of us in disability history have workshopped drafts of our books, articles, and conference papers with Dan: he was an excellent sounding board.

Some of Dan’s colleagues within the disability history community offer additional memories:

Cathy Kudlick: I first met Dan in 2002 at the NEH Summer Institute convened by Paul Longmore and Rosemarie Garland Thompson. Dan was always this quiet force, agitating with Paul, Sandy Sufian and me to make disability history a thing. That’s where we talked about forming the DHA, but first the discussion list that became H-Disability. Dan had this quiet sense of being grounded but occasionally little sparks of anger and passion showed through, which added extra heft to when he called for something to be done or to be different. I appreciated conversing with him about the fraught borderland between disability history and history of medicine, and of course, epidemics. I’ll miss that–I had this feeling he had a lot more to say.

Iain Hutchison: I first invited Dan to undertake an H-Disability review in 2010. He wrote a couple more reviews in the years up to 2018, after which he flourished as an active supporter of H-Disability reviews, producing several reviews with dedicated commitment and in very short time – it seems that he enjoyed the relaxation that retirement brought for him to indulge in reading for true pleasure and to pen his thoughts on disability history scholarship. He will be missed for so many reasons.

Sandy Sufian: Dan was a person with such integrity and his scholarship was top notch.  I remember spending time with him at AAHM over the years and looked up to him re: the ability to cross over history of medicine and disability history positions with such grace and depth. More loss during a year full of so many losses.  May his memory be a blessing.

Susan Burch: Dan was a generous, thoughtful, and always reliable colleague and friend. His signature qualities – gentleness, a commitment to equity, skillful storytelling, and hopefulness– motivated many of us to seek out his collaboration on projects. In large and everyday ways he also taught us that kindness and critical insight can coexist. Over the past decade, when Dan and Carol would visit Vermont in the summertime, we would often meet up for lunches. These reunions typically  unfolded into hours of conversations about scholarship, the field of disability history, teaching, and mentoring. I count myself as incredibly lucky to have known Dan. He will be deeply missed.

Katherine Ott: He was a true mensch. I know his students loved him, too. Dan gave the Smithsonian National Museum of American History his wedding photo for the polio exhibition: NMAH | Polio: Photo Album.

Penny Richards: I don’t think I ever met Dan in person, or even spoke with him on the phone one-on-one, but we were co-editors of the H-Disability listserv for many years. (I should look up how many. About five?) It could be a frustrating gig, but he was a GREAT co-editor, completely reliable, and flexible, and wise whenever editorial wisdom was required. You know how, when some names show up in your email inbox, you automatically tense up and brace for a problem? “From: Dan Wilson” was the opposite of that for me. I would smile and relax when his messages appeared, with extra celebration when he was announcing a new publication of his own. And whenever I saw his name come up in other contexts, I knew I was looking at a project in very good hands.

A number of other colleagues collectively added that his work has strongly informed their own. We thank and miss him.

A celebration of Dan’s life will be held at Egner Chapel, Muhlenberg College, on Sunday, October 10, at 2:00 p.m.

In lieu of flowers, donations may be made to the Wilson Grant for Scholarly Projects at Muhlenberg College or to the Lehigh Valley Center for Independent Living.

Special thanks to Carol Shriner Wilson for collaborating with us on this tribute.