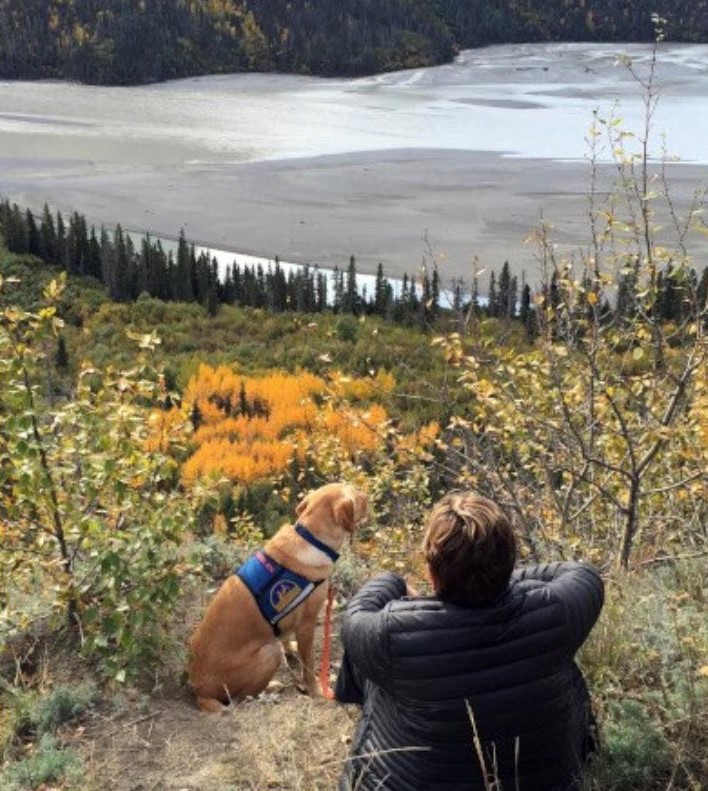 The National Park Service (NPS) has needed to ensure accessibility long before legislators passed the Americans with Disabilities Act of 1990 (the ADA). For nearly fifty years, laws including the 1968 Architectural Barriers Act and the 1973 Rehabilitation Act as amended required accessibility compliance from federally conducted and funded programs. But the thirtieth anniversary of the ADA, the most comprehensive civil rights legislation for people with disabilities to date, still warrants commemoration—as well as critical examination—from the agency.

As the nation celebrates the anniversary of this influential piece of legislation, the NPS commenced an oral history initiative, “Telling Our Untold Stories: Civil Rights in the National Park Service.” The initiative interviewed three disabled employees: Keith Routley, who is deaf and works as curator at Fort Stanwix National Monument; Judy Kesler, an Alaska-based web manager who is hard of hearing and has a cardiac condition; and Wyndeth (Wendy) Davis, the superintendent at Keweenaw National Historical Park who has epilepsy. Between them, these NPS employees have worked at parks and offices across the country for several decades.1 In these interviews, Dr. Lu Ann Jones—NPS staff historian and leader of the “Telling Our Untold Stories” initiative—and I also noticed a number of interrelated themes emerge:

(1) Disabilities shaping their NPS careers, and vice-versa
(2) Confronting and challenging ableist assumptions from colleagues
(3) Creating and advancing accessibility initiatives in the agency.

What became apparent is that, while the agency enhanced accessibility for visitors and staff alike, many barriers endure for people with disabilities, especially during the COVID-19 pandemic. With permission, we share and reflect on Wendy, Judy, and Keith’s words to highlight the triumphs and ongoing struggles to guaranteeing accessibility.

Being disabled has shaped the NPS careers of Wendy, Judy, and Keith; but the federal agency has also shaped how they understand and relate to disability. Following a workplace injury in the late 1980s, Wendy suffered brain bleeding that causes her to live with epilepsy. Today, as a disabled person, she realizes that her worldview has changed since this accident. Wendy’s parents raised her to perceive her surroundings as if “it’s one big, beautiful, big blue marble world, and… we can all get along together,” but that philosophy “blinded me to some things that are much more apparent to me now. That you can really only see from inside the world of that disability.”2

Becoming disabled has made her keenly aware of barriers to communication and equitable experiences for all staff.

Judy had similar experiences with such barriers. As she has become increasingly hard of hearing, Judy has shifted to working almost entirely remotely to accommodate her communication preference, even before the pandemic. She found that teleworking allows her to communicate more effectively through written correspondence. She has also welcomed a service dog to assist with hearing. Judy, however, confronted challenges when she applied to bring her dog to work. “It became pretty apparent that I really was my own advocate,” said Judy, after her supervisor initially balked and she realized that colleagues did not understand the policies that protect persons with disabilities. 3

Wendy has also faced assumptions from nondisabled colleagues when she brought her seizure alert dog to work. Wendy admitted that she sometimes chooses to leave the dog at home to avoid judgment. In so doing, she recognizes the privileges of a relatively hidden disability. At times Wendy considers this a social experiment that allows her to observe how people respond to her on days with or without a service animal. 4

Keith described how, in addition to internal workplace challenges, there are structural issues within the agency. Employees must often move to another park if they want to advance in position and pay grade. Keith observed that recreating support networks—social, medical, and otherwise—can be daunting:

Established in 2019, the NPS Employees’ Resource Group for the Advancement of Employees with Disabilities (ERG) emerged in response to these internal workplace challenges and structural issues that inhibit broader accessibility. The group encourages members to advocate for their needs and alert their nondisabled colleagues about accessibility compliance. Judy often finds that both employees with and without disabilities are unfamiliar with available tools. According to Judy, “if the goal is for people to do their job effectively, regardless of disability, we need better trained individuals to offer or at least support that kind of thinking.” 6

The community fostered by the ERG has been fundamental during the COVID-19 pandemic. Judy, Wendy, and Keith all have personal experiences or have heard about others’ struggles with accessibility during this time. NPS employees with disabilities, particularly those who are blind or have low vision, have needed assistance with installing home office software, but it has been difficult to contract IT specialists with social distancing and lockdown measures in place. Meanwhile, the NPS-preferred videoconferencing platform has proven a headache for many employees with hearing disabilities. Until recently, it did not have captioning features, so employees who are D/deaf or hard of hearing needed to contract ASL interpreters or captioners in advance. This made spontaneous videoconferences inaccessible, which was especially concerning when they contained urgent messages.

Additionally, all three recounted stories of superintendents asking if they could skip Section 508 requirements, which necessitate virtual accessibility compliance, in the interest of disseminating park content more rapidly. As Keith said,

“That’s just astonishing to me. That just because we’re having a crisis, we’re going to just throw civil rights right out the window… If the civil rights of people with disabilities are being violated on a routine basis in the National Park Service, what does that mean about other people’s civil rights? Are those also optional?”7

Since July 6, 2020, however, NPS staff have received a reminder from the Deputy Director of Management and Administration that declares

“you should always remember that technology-based communications are subject to federal civil rights law and Sections 504 and 508 of the 1973 Rehabilitation Act… These laws and directives require us to communicate with individuals with disabilities with the same effectiveness as we do with people without disabilities.”8

These complaints from NPS employers with disabilities resulted in the issuance of that memorandum. As interviewers of these oral histories, we believe their voices are a testament to those who continue to demand disability rights in and outside the National Park Service.

–Perri Meldon is a PhD student at Boston University and was a Summer 2020 intern with the NPS Park History Program. Perri can be reached at perri@bu.edu or on Twitter @perri_mel.