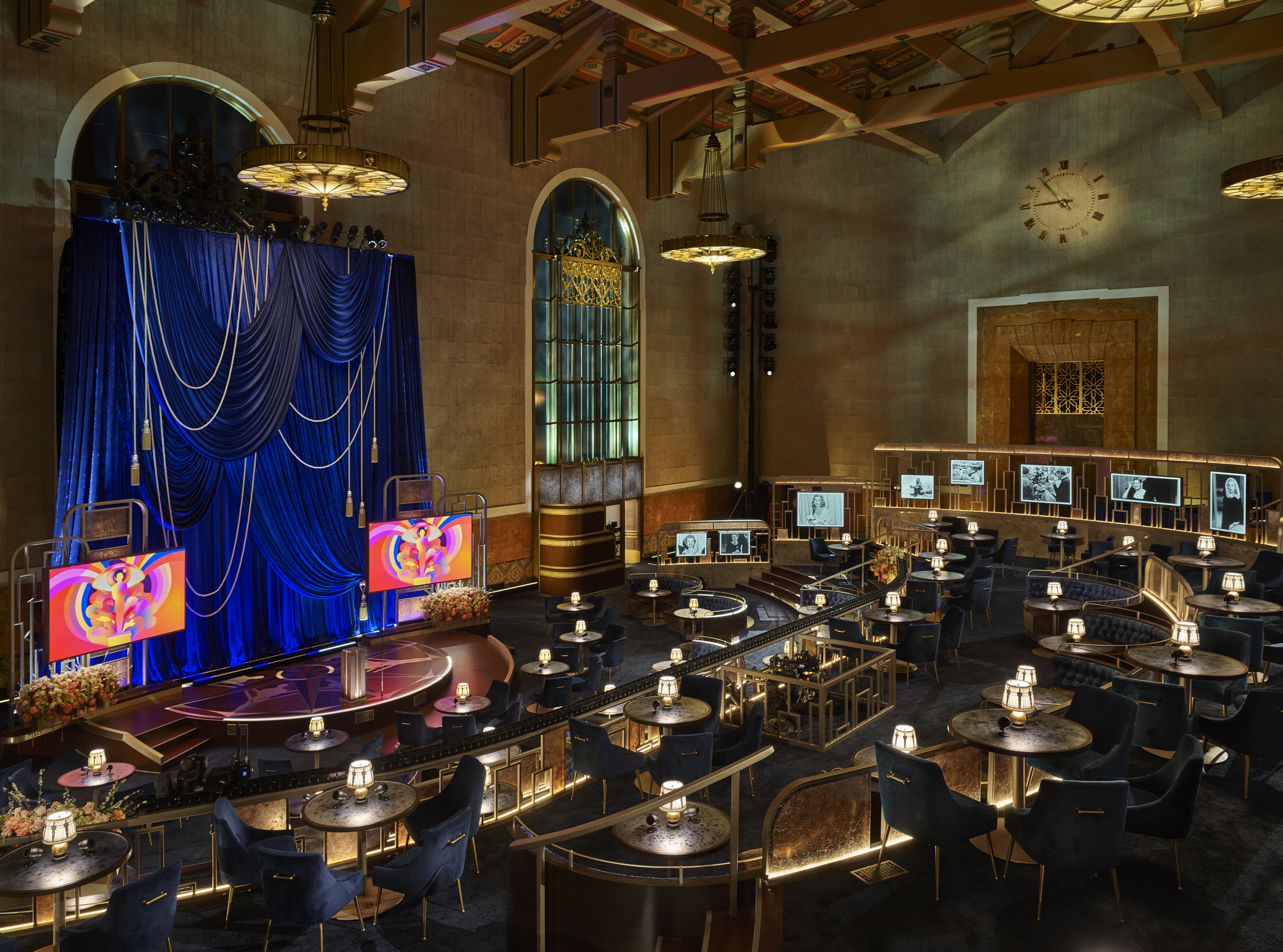 On March 15, 2021, the Academy of Motion Picture Arts and Sciences announced the movie Crip Camp as a nominee for Best Documentary Feature. With this nomination, director/writer James LeBrecht became the first individual with a disability to be nominated for an Oscar in that category. Crip Camp addresses the history of the 1977 504 Sit-In and disability rights activism, presenting the fight for equality through the perspectives of disabled activists that eventually led to the passage of Section 504 of the Rehabilitation Rights Act. As Denise Robertson stated in the film, “You can pass a law, but until you change society’s attitude, that law won’t mean much.” Despite the legal obligation of state funded facilities to provide an equal space for people of all abilities, disabled persons are a long way from receiving the equality they truly deserve.

While Crip Camp lost the award to the eco-documentary My Octopus Teacher, the film’s position as a nominee created an urgent dialogue surrounding accessibility and inclusion in the Academy Awards.

Through its ninety-three years, the Academy Awards has been known for its exclusion against disabled people. From making their ceremony inaccessible, to the nomination of films that actively send a message of ableism, the Academy has neglected to represent disability and disabled peoples in an equal, effective way. In response, multiple activists—including Academy Award winning actors and the general public—have taken to the internet to address the historic exclusion of disability representation within the Academy.

As with the historic nomination of Crip Camp, the conversation of disability exclusion begins with the Academy’s nomination record. While there is no contention that these films are stylistically among the best in their field, many lack a key component in disability representation: authenticity. Over the years, both actors and major motion pictures have received nominations for abled actors portraying individuals with both visible and invisible disabilities. In 2005, Rinko Kikuchi was nominated as the Best Supporting Actress for her portrayal of a deaf-mute high school student. In 2015, Eddie Redmayne received the award for Best Actor for his portrayal of Steven Hawking, a character with ALS. The list goes on, each with an abled individual playing the part of a disabled character.

Despite attempts at inclusive storytelling, filmmakers are sending the message that while these stories must be told, those who truly experience them are not good enough to tell them. In an article from Variety magazine, for instance, actress Marlee Matlin explains that “Authenticity is so crucial in all aspects of the entertainment business. Deafness or deafblindness, or any disability, shouldn’t be a costume that an able-bodied person puts on and then takes off. We are people, not costumes. If they listen to us, fine. If not, we’ll find someone who does listen to us.” Matlin, a deaf actress, is one of two actors who have won an Oscar for an authentic portrayal of a character with disabilities (the other being Howard Russell for The Best Years of Our Lives). Since Matlin’s win of Best Actress in 1986 there have been no other awards presented to disabled actors portraying characters with disabilities, and she has continuously made an effort to advocate for that change. As the Oscars are one of the most distinguished awards available for filmmakers, the actions of the Academy reinforce the notion that it is appropriate for able bodied individuals to take the place of those with disabilities. As they are continuously rewarded for this choice, filmmakers continue down this path of exclusion with very little incentive to make a change.

While the presence of disabled actors is small, their recognition is even smaller. In 2020, Zachary Gottsagen portrayed the story of an individual with Down Syndrome in the film The Peanut Butter Falcon. Gottsagen has Down Syndrome himself and was therefore able to authentically portray the experience of his character. While the Academy did recognize Gottsagen by inviting him as a presenter—a monumental occasion because he was the first ever presenter with Down Syndrome—the film was not acknowledged in the nomination process. Throughout the award season, The Peanut Butter Falcon received multiple nominations on an international scale, with Gottsagen winning the Newcomer Award from the Hollywood Critics Association, among others. While it is the job of the Academy to make choices regarding who is the best of the best in filmmaking, the exclusion of Gottsagen as a nominee was shocking to many and represents how disabled actors are often overlooked.

In 2015, media strategist April Reign created the hashtag #OscarsSoWhite in order to bring attention to the historic exclusion of minority groups within the Oscar nomination process. While this was an incredibly important social movement, it left out the fact that disabled actors face the same discrimination. Within his documentary, Lebrecht highlighted the support given to the 504 protests by the Black Panther Party. When asked why they were willing to help, one party leader is recorded as saying, “You are trying to make the world a better place, that is what we are all about. So if you’re gonna stay here and sleep on the floor we’re gonna make sure you are fed.”  The fight for disability rights is not any different from the fight for racial, economic, or health justice. It is a civil rights movement.

Despite the nominated films being the largest focus of the night, the 93rd Academy Awards also contributed to the conversation of physical accessibility. For the first time in its history, because of James Lebrecht’s nomination, the Oscars stage was accessible via a ramp rather than a staircase. While this hasn’t necessarily been an issue in preceding years, the Academy has historically sent an exclusionary message with the design of their stage. LeBrecht emphasized this in an interview: “The stairs have been a tacit message to people with limited mobility that you don’t belong here.” By choosing to create an inaccessible stage, the Academy inadvertently sent the message that not everyone invited could be included in the program. Though a ramp was constructed, this begs the question: why did the action have to be reactionary? As activist Judy Heumann, one of the main players throughout Crip Camp and American disability rights emphasizes in the documentary,  “If I have to feel thankful about an accessible bathroom when am I ever going to be like an equal in the community?”

Another conversation addressed as a result of the 2021 Academy Awards was accessibility for the audience. During the 2021 ceremony, Marlee Matlin was invited to present the awards for Best Documentary Short Subject and Best Documentary Feature. Initially, this seemed as if it were a win for the disabled community. As a deaf actress, Matlin was presenting each award in ASL with the assistance of an interpreter, and the deaf audience was able to experience the award ceremony in a way that was equally accessible to both hearing and deaf audiences. However, the camera eventually cut away from Matlin, and the remainder of the presentation simply consisted of the voice of the interpreter. For viewers, this shift of frame was blatantly obvious, and noted by many on Twitter. Twitter user Jordan Berger wrote, “Crip Camp losing was not surprising given that minutes before cameras cut away from a signing Marlee Matlin while she was mid sentence. Just another reminder of how the Academy devalues disabled voices. #CrippingTheRedCarpet #OscarsDISs.” Another wrote, “Marlee Matlin has the rare opportunity to sign while presenting a couple of categories at the Oscars, and they cut immediately to the nominees with no split or reduced screen, cutting out her signing for the most of her presentation… y’all  #Oscars.” While these comments were completely accurate, it was disheartening to see how little attention the Tweets received in the media. There was tremendous focus on the stairs on the stage and the inclusion of Crip Camp as a nominee, but this was because those news stories were associated with the people receiving the accolades within the Hollywood community.

While it is important to acknowledge the growing representation of the disabled community within Academy Awards through the inclusion of presenters and filmmakers with disabilities, it would be remiss to represent this year as a win for the disability movement.  Ableism is an inherent part of our society, and it is actively being ignored by the people who have the opportunity to change it. Representation and accessibility within the Academy Awards are incredibly important conversations for those both in and outside of the industry, but it is only one tiny part of the larger conversation. There is still a long way to go in the fight for disability rights, and it starts with shifting the framework from separate, but equal, to true social equality within our nation.

Sam Sawyer is a recent graduate from the University of Delaware. Receiving her BA in Biology with minors in History and Medical Humanities, Sam is currently pursuing a career within the healthcare field as a first responder.