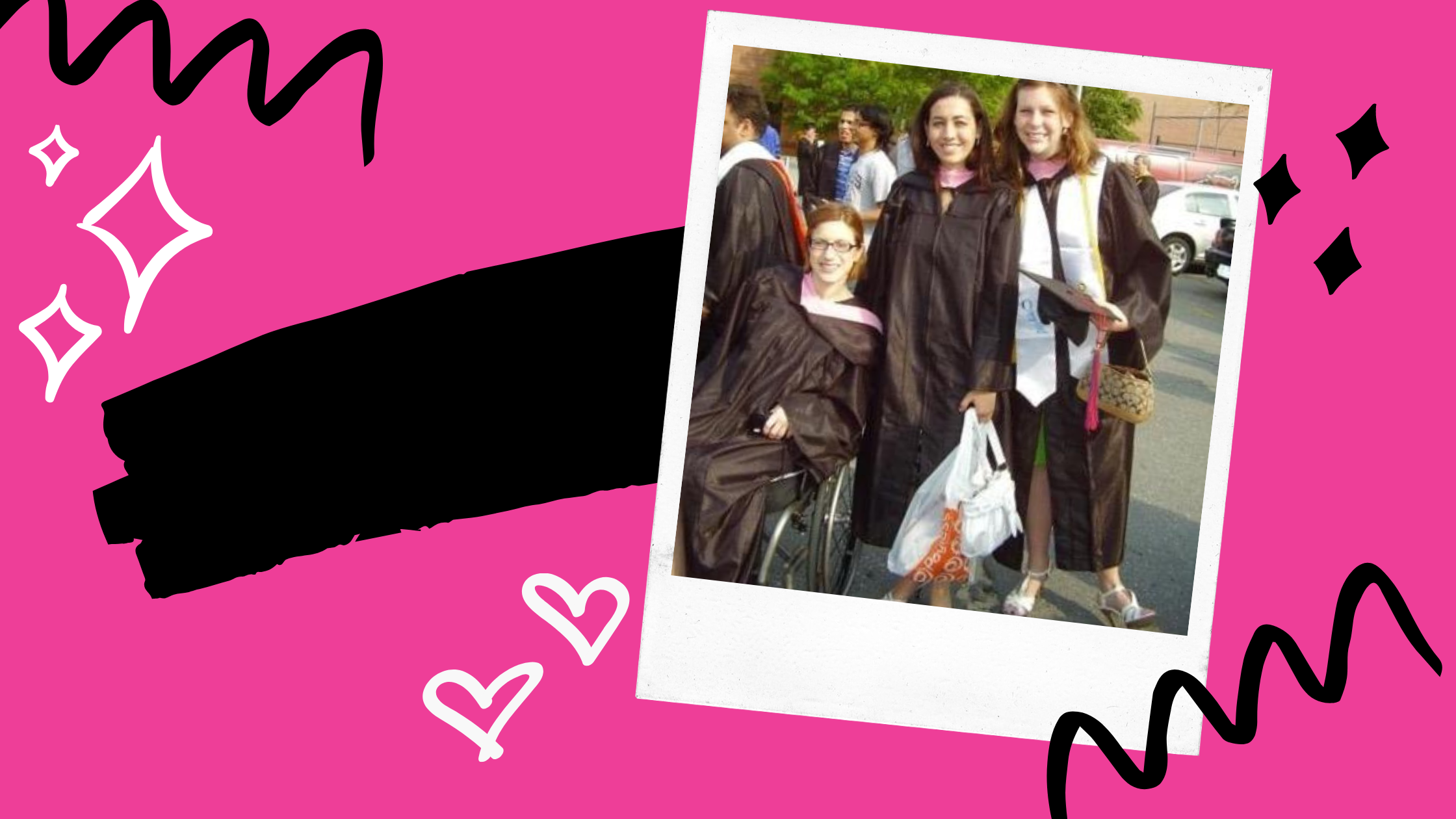 When the Americans with Disabilities Act (ADA) was signed into law in late July of 1990, I was a rambunctious 5-year-old, with little care in the world. I loved to run around with my siblings, go in the ocean, and play with my dog. Like most 5-year-olds, I didn’t have an awareness of laws or discrimination. I was just excited to start kindergarten and gymnastics.

I had no idea that in five short months, I would become part of the first generation of disabled people to benefit from the ADA.

On December 27 of that same year, a driver hit my mom’s car on our way home from ice skating. The accident killed my cousin. It caused intestinal damage that almost killed me, and paralyzed me from the waist-down. Throughout rehab, I wanted to read, watch The Simpsons, and play with my Barbies. Mostly, I was looking forward to getting out of the hospital and going back to school.

I was unaware that while I was in physical therapy every day, my parents were working with doctors and social workers to get me home and back to school. My cognitive functions hadn’t been impacted by the accident, but the school insisted that I should be placed into special education. While my mother and sister were still recovering from their injuries, my parents were also planning for me to come home. They soon learned about the Individuals with Disabilities Education ACT (IDEA) and the ADA, which then enabled them to secure my continued presence in mainstream classrooms. I could stay with the friends I’d had since the first day of school.

The next twelve years were a seemingly never-ending battle with public schools for equal access. Access promised by rights that were guaranteed to me because people like Kitty Cone and Sen Alan Cranston fought for Section 504 and IDEA. Laws that to this day are still not fully implemented or funded, but crucially shaped my primary schooling.

When it was time for me to attend college, I was ecstatic to get into my first-choice Catholic school. No matter who you are, it’s often easy to forget the obstacles that await you. Perhaps it’s naiveté or optimism, but I still thought schools would try to be law-abiding. I was angered to find that the college didn’t have integrated accessible dorms. Despite the ADA, the college grouped all the disabled students together in the basement of an old dorm, away from the rest of the students on campus.

Separate but equal was most certainly not equal.

I had to find another school, but by then it was too late to apply to most other decent programs. I had to settle on going to a college that was subpar and without the extracurricular activities I wanted, but that didn’t mean that the fight for integration at my first-choice school ended. My father met with the Department of Education (DOE) to discuss the lack of accessibility and equality for students with disabilities, and the Catholic school that barred me was fined. It took a lot of work, but now that college is fully accessible, including the dormitories. While I sometimes still wonder how my life would have been had I gone to my college of choice, I am grateful that countless other disabled students are able to have an inclusive experience at the school.

But even that was only possible because of the generation before me. Activists and leaders like Bob Kafka, Judith Heumann, Marca Bristo, and my personal hero, Ted Kennedy, fought for me to have more access to college. To be treated like the equal I am. They’re the reason that in high school I was able to attend Broadway shows with my marching band and go on my college business club’s trip to Los Angeles without much fanfare.

The victories come large and small on the path to accessibility. And there continue to be frustrations at every level. In 2017, I cried tears of frustration on the day I went in for a job interview only to find the large firm wasn’t wheelchair accessible beyond the conference room. But I also cried tears of gratitude on the numerous times I’ve had to lean on the ADA for access to things: its mere existence during my development was made possible by a generation of activists.

My parents couldn’t have imagined that one of their children would need the ADA every day. I was the same kid on December 28, 1990 that I was when the bill was signed that same July. And I spent years trying to tell myself that my disability didn’t define me and trying to force myself to live an “able-bodied” life.

It took me until adulthood to learn anything about disability history or the ableism our people face in daily life – in fact, even as I type this, Microsoft Word doesn’t even recognize the word “ableism” as a real word. But the truth of the matter is that I became part of an incredible community that day of my accident. I didn’t know it, understand it, or embrace it for years, but I’m part of something special. And we’re a group that’s growing larger, more vibrant, stronger, and more powerful every day.

I’m eternally grateful to the warriors and crips that fought for everything I do have access to – from the accessible bathrooms on the train to curb cutouts. And that’s exactly why we must continue to forge ahead and demand full equality, because the next generation is quickly coming of-age.

For the parents who don’t know yet that their future child will need the ADA and the children who shouldn’t have to understand what “inaccessible” means, we will continue to fight for you.

–Kristen Parisi is an award-winning writer and advocate with expertise in the media industry. She has a BA in Strategic Communications and previously worked at top public relations firms. You can find her on Twitter or LinkedIn and she can be reached at Kristenann.parisi@gmail.com