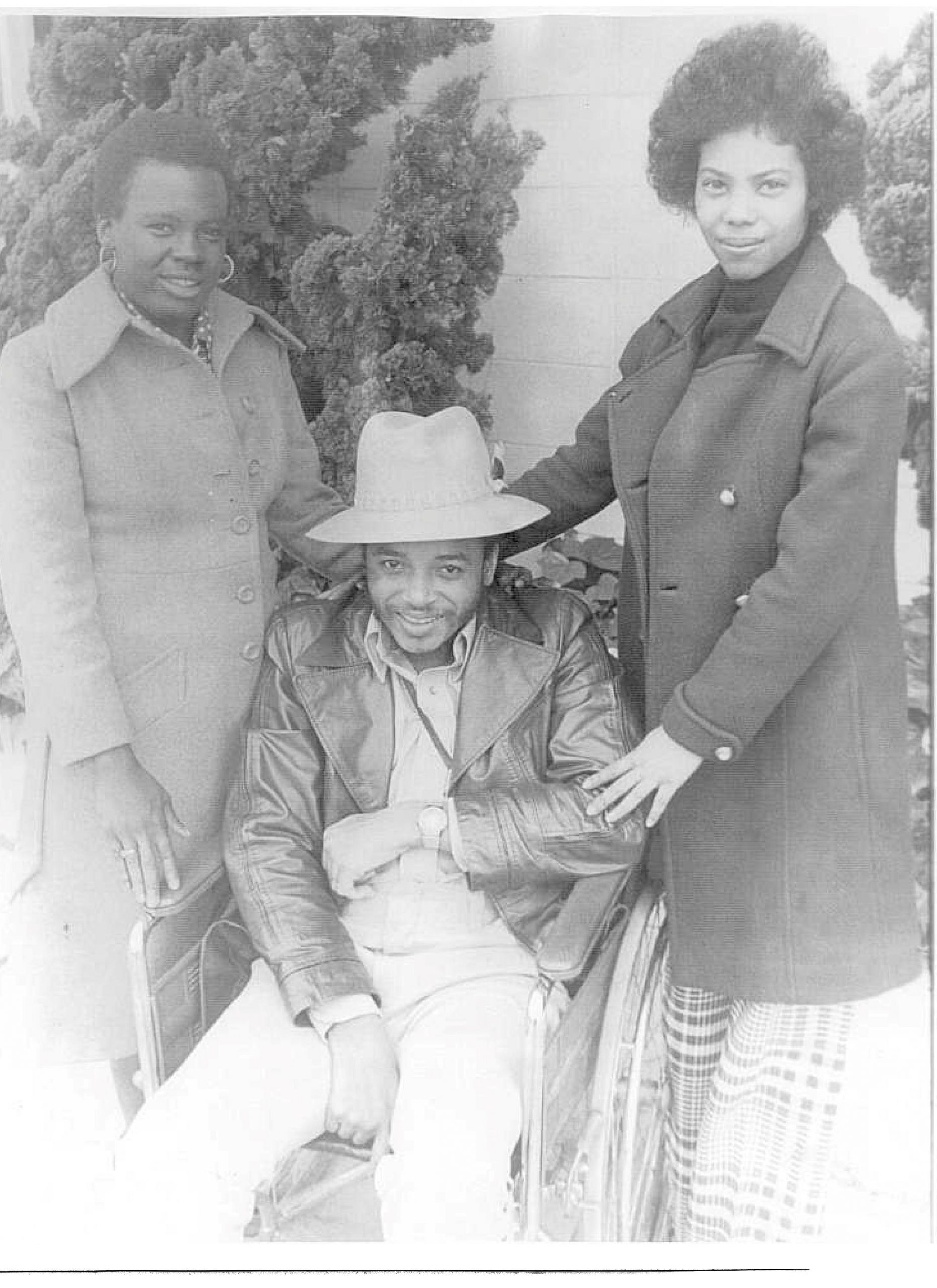 From a very young age I sought out health in history.

My mom, a nurse, shared from her bookshelves. I distinctly remember carrying Randy Shilts’ And the Band Played On: Politics, People, and the AIDS Epidemic around for an entire summer, disregarding the sheer impracticality of carrying around a book of that size. Written by a gay man living with HIV, And the Band Played On was one of the first comprehensive investigative works into the government’s indifference towards the disease.

Other books soon followed as I continued high school and into my undergraduate studies, gaining a more critical eye: The Spirit Catches You and You Fall Down, The Immortal Life of Henrietta Lacks, Killing the Black Body, How to Survive a Plague, Revolutionary Doctor, Body and Soul. I spent a whole year of my life just reading illness narratives: The Pretty One, Sick, Ask Me About My Uterus, Invisible, Doing Harm, The Collected Schizophrenias. Even my forays into fiction involved illness: The Great Believers, Heads of the Colored People, The Parable of the Sower.

For a long time, I was resigned to the fact that I was fascinated by the ways that health can become a focal point of social movements. In reality, my body was pointing me inwards all along. I was searching for kinship, longing to make sense of my own sick and disabled body—even before I could name it as such.

One of those books, Alondra Nelson’s Body and Soul: The Black Panther Party and the Fight Against Medical Discrimination, became my entry point into a lifelong investment in the Party’s political project and the path to my own disability consciousness.

First introduced in 1966, the Black Panther Party’s Ten Point Platform outlined their demands for community autonomy. By 1972, the platform updated to include Point 6, which demanded “completely free healthcare for all black and oppressed peoples.”1 Nelson argues that the Party was both serving the people through their free health clinics and sickle cell anemia testing as part of “survival pending revolution” as well as engaging in medical self-defense against harmful biomedical practice and research.

As I finished my undergraduate thesis on the Baltimore branch of the Black Panther Party, mostly writing from my bed hidden under a heating pad, I returned to the words in Nelson’s book, spoken by Panther Norma (Armour) Mtume: “Know your body. Know thyself.”2 Mtume ran the Los Angeles chapter of the Party’s free health clinic at the age of 20 and went on to manage the Berkeley clinic, later becoming minister of finance for the Party nationwide.

In between reading endlessly, interviewing local Panthers, searching through archives, editing numerous drafts, and working two jobs, I was also trying to understand my pain, the pain that left me alternating between bedroom and bathroom, nauseous, and my abdomen littered with heating pad burns.

Mtume’s words reminded me again and again of one of the central tenets of the Panthers’ health politics: “‘the people’— be they the impoverished, the uninsured, pain sufferers, genetic trait carriers, or racialized and gendered bodies” had “access to a special and valuable perspective on disease and illness.”3

No one, not any doctor, therapist, surgeon, not even my mother the nurse, knew my body as well as I. I was the sole expert of my body. Mtume was proof of that herself. Because of the Party, she learned to conduct her own cervical exams, a practice which allowed her to detect her own cervical cancer and save her life.4

It was not surprising then, that in my effort to broaden my understanding of disability history and my work on the Panthers that I came across Brad Lomax. Lomax was a disabled member of the Black Panther Party in the Bay Area. Along with a number of disability activists, he was a key organizer in the April 1977 San Francisco 504 Sit-ins. The Sit-ins’, one of many across the country, demanded that the Department of Health, Education, and Welfare sign regulations that would set guidelines for implementing Section 504 of the 1973 Rehabilitation Act. Section 504 contained a clause that prohibited recipients of federal aid from discriminating against individuals based on disability.

In the midst of the 28-day occupation of the San Francisco federal building, the activists, many from the Center for Independent Living (CIL) in Berkeley, relied on organizers outside to provide them with additional food, medications, and assistance. At Lomax’s behest, the Panthers fed every person inside every day during the demonstration and wrote about the organizers in the Party’s newspaper which was distributed worldwide. Without them, the protestors would literally have not survived.

Disability scholar Susan Schweik has noted that a longstanding partnership never came to fruition between the Party and disability activists in the Bay Area, despite the Party’s health platform. There was a short-lived CIL location in Oakland run by Lomax. The CIL was the first advocacy group in the nation run by people with disabilities and grew out of a movement of disabled students at UC Berkeley who set up centers for support, assistance, and advocacy that would allow disabled people to live on their own.

Schweik explores a number of reasons for this contradiction between the Party and disability activists, including the Party’s internal decline by the early 1980s, Party leaders’ own ableism, and the acknowledgement by many (scholars and activists alike) of the whiteness of the disability movement in the Bay Area at that time.

What strikes me is that the broader health platform of the Panthers more closely aligns with the disability justice framework of today than the civil rights-based framework within which the 504 activists were working. As disability activist Leah Lakshmi Piepzna-Samarasinha writes, “some/many of us live in the ‘cliffhangers’ of the disability rights movement — the spaces where a white-dominated single-issue, civil rights approach that depends on the ability to use lawsuits to achieve disability liberation leaves many of us behind.”5

The Panthers’ strategy was tactical, “survival pending revolution,” and also a re-imagination of community. Similar to the ideas inherent in the Center for Independent Living movement, they understood the need for self-determination over one’s body and community. However, the Panthers intended to take it a step further. Their work was not only an indictment of the government and its failed responsibilities, but a rejection of racial capitalism.

The totality of the Panthers’ survival programs, which in addition to health clinics and sickle cell anemia testing included free breakfast, free ambulance services, free clothing, transportation for the elderly, and busing people to prisons to visit loved ones (to name just a few), was building a self-determined model for community care that was not tied to a reliance on paying someone for services. The Panthers imagined abolition and attempted to re-make the world they desired.

I say this not to undermine the enormity of the work of the 504 protestors and the groundwork they laid, but to grapple historically and personally with why these two movements who had seemingly similar goals never fully intersected.

As I continue to write about the Panthers, I think about Connie Felder, a Panther who served as communications secretary of the Baltimore branch. I had the honor of not only interviewing Felder but becoming her friend. In formal interviews with me, she revealed that she was diagnosed with lupus after her stint in the Party. I never explicitly asked her about the possibility of the Party’s health ideology influencing her diagnosis because the branch never had a health clinic.

A little less than a year ago, we caught up for the first time since I saw her at my thesis presentation. I explained my absence: dealing with pain, finding a surgeon, having surgery, struggling with my identity. It took merely seconds for her to respond with understanding, with offers to take care of me in whatever way she could. There was an immediate intimacy, an understanding that did not require an explanation of the gravity of what I was experiencing.

I realize now that these women, Norma (Armour) Mtume, Connie Felder, and countless other women named and unnamed who conducted the day-to-day work in the health programming of the Black Panther Party were my first “‘crip-doulas,’” a phrase the late disability activist Stacey Milbern used to describe “other disabled people who help bring you into disability community or into a different kind of disability than you may have experienced before.”7 They were the activist elders who I had spent so much of my life searching for and who I will do my best to honor for the rest of my life.

Marissa Spear is a disabled community health evaluator and writer at University of Arkansas for Medical Sciences (UAMS) in Northwest Arkansas. She is a graduate certificate candidate in Columbia University’s Narrative Medicine program and an emerging Panther historian, who continues to research the work of the women of the Baltimore branch of the Black Panther Party. She can be contacted on Twitter at @mariss_spear7 or through email at marissa.spear71@gmail.com