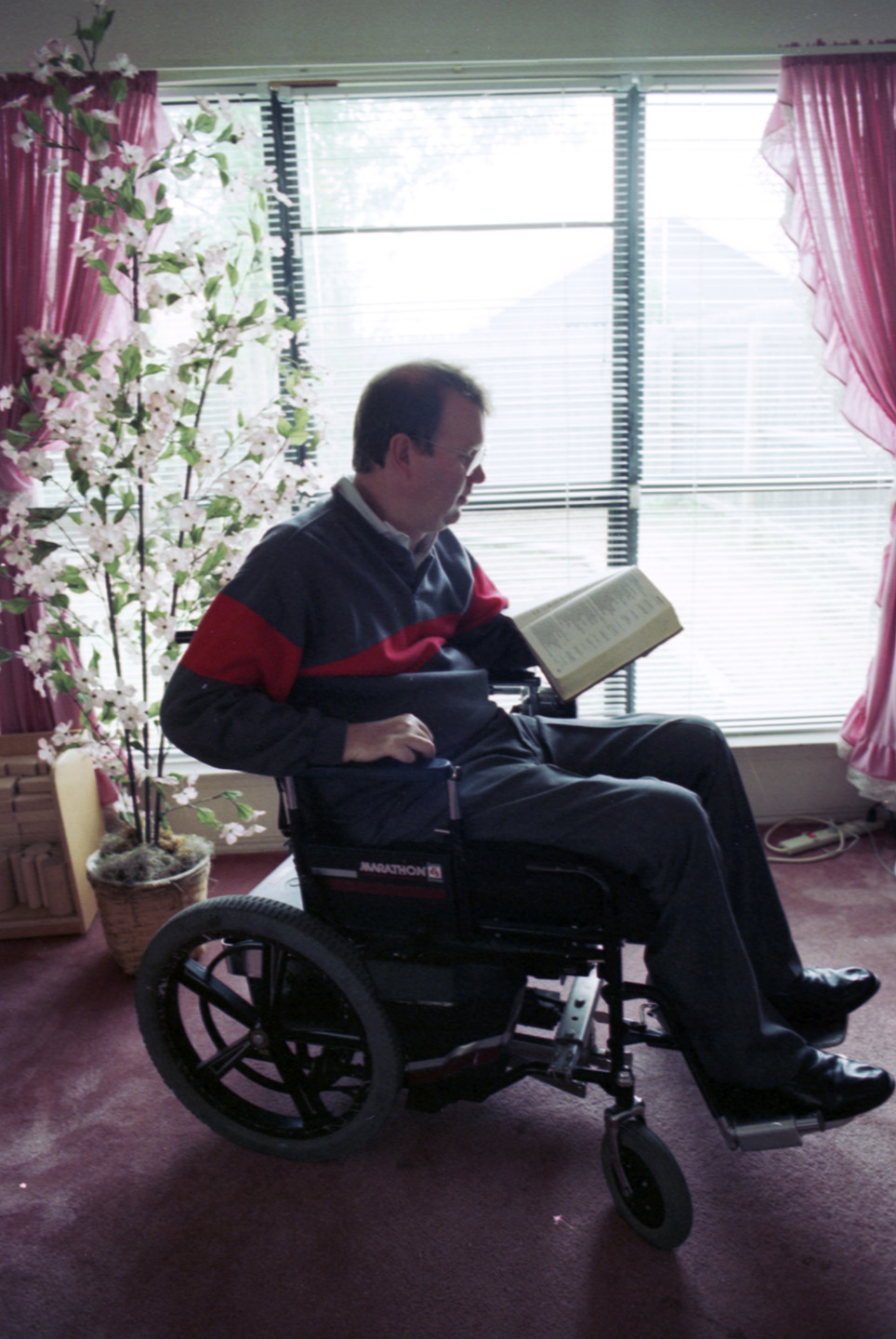 In 2018, writing on behalf of the Ethics and Religious Liberty Commission of the Southern Baptist Convention, attorney Palmer Williams wrote to praise the Americans With Disabilities Act—and George H.W. Bush in particular:

“Thanks to this landmark legislation, I never knew a world in why my paralysis forced me to sit on the sidelines…Thank you, Mr. President, for being our champion. We will honor your legacy by continuing to push down barriers and utilizing our unique God-given talents to serve our fellow Americans.”

These admirable statements reflect a​ denomination’s interest in the Americans with Disabilities Act. In general, the Southern Baptist Convention (SBC) that employs Williams has supported the rights of the disabled since at least the first resolution on behalf of the handicapped was passed in the late 1970s—and the ADA was no exception. However, SBC support for the ADA came with caveats: reminders that the Convention was willing to work with the disabled, but that there were decided limits imposed by the culture war on the kinds of accommodation that the SBC was willing to make.

In September of 1989, around the time the nascent ADA was making national headlines, Baptist journalist Kathy Palen grappled with the forthcoming legislation on behalf of the Baptist Press, the official news service of the Southern Baptist Convention. Palen’s writing about the Act is generally positive. She notes the bipartisan nature of its support and approvingly quotes Ted Kennedy on the act as bringing down what Kennedy often called the “American apartheid.” Palen strives for journalistic objectivity but her sympathies are clearly with the legislation; we read nothing, for example, of the objections to the nascent act from religious conservatives like the National Association of Evangelicals. But Palen’s support for the Act comes with reassurances for her Baptist readers—they learn that “it would not include coverage for a wide variety of sexual practices, including homosexuality and transvestism. It also would not cover current users of illegal drugs or alcohol.” Readers learned this information even before Palen mentioned the religious exceptions elsewhere in the Act.

Palen’s later articles, such as the celebratory August 1990 one about the passage of the​ ADA, are more focused on the religious exemptions in the final legislation. In general, where SBC leaders were concerned about the ADA, they were concerned not with the final legislation but with who earned a seat at the table. For instance, in a widely-reprinted August 1 letter that would provide the basis for church discussion for months to come, SBC spokesman Richard Land asked: “Large numbers of Southern Baptists want to know why you are giving such official recognition to a homosexual-lesbian lifestyle they find abhorrent.” He expressed these concerns in the wake of George Bush’s invitation of gay rights activists at the signing of the ADA—which included the first federal anti-discrimination protection for HIV-positive people.

With the disability rights movement cresting, the SBC accommodated its members in other ways. In the same summer of 1990 that saw the passage of the ADA, Charles Coue​y (perhaps the most important figure in the history of Southern Baptists and disability) presided over the first meeting of the Southern Baptist Conference for the Blind, a now-national organization that at the time only had six members, all of them visually-impaired Baptist ministers like Couey himself.

Even after the immediate passage of the Act, other SBC members sought to harness the energy of the disability rights movement to promote disability reform in the church, at least within the limits of the culture war at the dawn of the new decades. In the midst of advocating for reform among his fellow Southern Baptists, Oklahoma Baptist leader Vernon Day admitted in 1993:

“[The law] excepts churches…but we hope they will comply will the law anyway. I’d like them to see the ministry potential in being able to provide buildings that disabled people can access.”

A few years later, amid a major renovation project that included (among other things) the need to make their campus ADA-compliant, leaders of California Baptist University (an SBC affiliate in greater Los Angeles) noted that while the project required significant work, it was “good problem​s”​ rather than bad.

But there were limits to the culture war here too. For example, in a January 1993 article in the California Southern Baptist, Shari Schubert reassured her readers that though it was more appropriate to speak of handicap as an obstacle for disabled people rather than a condition, “it may not be necessary to go to the extreme in using so-called politically correct terminology” when seeking to accommodate the disabled. A church might seek to challenge both “physical and attitudinal barriers” against the handicapped (as the SBC had encouraged its members to d​o since the late 1970s)​, but by the implication of Baptist journalists, changes in one’s own language might not be so necessary.

These conflicts are not without precedent. The Southern Baptist Convention has long had (at best) an uneasy relationship with freedom or rights movements ranging from the abolitionist movement of the 1840s through the LGBTQ movement of the early twenty-first century. Thus, it may seem surprising that the SBC and its members generally supported the ADA, at least in the context of an era when some conservative denominational groups actually opposed it outright. SBC leaders even sought to implement active support for the disabled, at least in the context of denominational publications and activism.

But support for the ADA among Southern Baptists came with a price. Based on contemporary news coverage in Baptist publications, Southern Baptists at the turn of the 1990s saw the religious exemptions included in the ADA in employment and accommodation as important as the passage of the Act itself. They also grew uneasy when the Act’s passage seemed to encourage tolerance for LGBTQ people or “politically correct” language in the churches. There were cultural limits on their tolerance for the differently-bodied, a legacy of the conservative reaction of the 1980s in general and the anti-gay backlash of the decade in particular.

Allies can be found in unexpected places and should be celebrated for what they are. Given that some conservative groups opposed the ADA entirely, the Southern Baptist Convention’s willingness to work with the disabled community is certainly very admirable, though the denomination’s slow movement before 1993 is regrettable. And there were limits to Southern Baptist accommodations for the disabled. Language accommodation was itself a potential threat to an organization that saw itself challenged by a secularizing world, and those in HIV-positive bodies in particular found a much chillier reception than many of their fellow congregants. At what point is the price of support too high?

-Dr. M.A. Davis is Assistant Professor of History at Hampton University. His current scholarly project is a biography of Edgar Cayce (1877-1945), the “Sleeping Prophet.” He can be found on Twitter as @madavis7141587​2.​ He is the creator of the American Denominational Periodical Guide​ , a collection of links to digitized periodicals that made research for this project in the time​ of COVID-19 much easier.

Header: Rev. Robert Sorrels, a quadriplegic, has given up on finding a position as pastor for the Southern Baptist Convention. Denied accommodations in the Southern Baptist world before the ADA, he turned to a secular business world more subject to contemporary equal protection laws for his career. In this photograph, he is sitting in his wheelchair in a sunny room and is reading from a Bible. Source: Adams, Milton (1990). Photograph of Rev. Robert Sorrels, Fort Worth Star-Telegram​.